Benner’s Gardens supplies outdoor products like deer fencing, netting, and regular fencing through their online shop. They offer gardeners a superior product that they can order from the comfort of their home.

Wiltwyck provided SEO services for 12 months, ending in April 2020. Important to note that due to budget constraints, we only worked on their site every other month - so technically these results are after 6 months of work over a 12 month period. The list below details our services. As is common and expected with Organic SEO, progress was slow at first, but toward the end of the campaign we saw results. Those results continue as of June 2020. 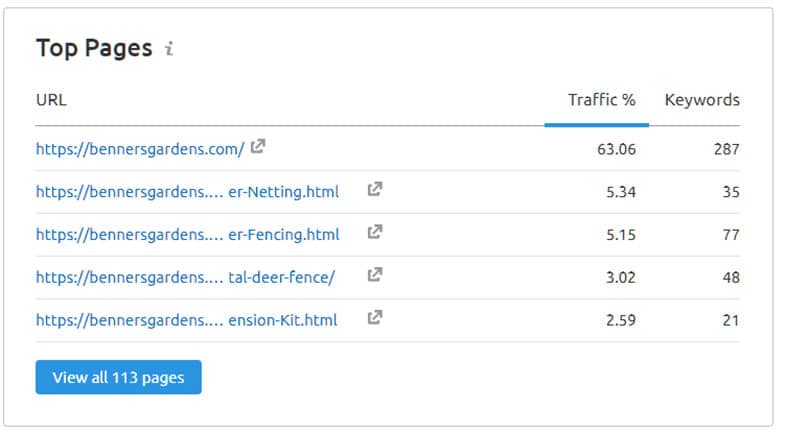 The services we performed are:

The previous SEO manager for Benner’s Gardens had created a lot of bad content. The entire site was optimized for the same keyword which caused keyword cannibalization. This confuses Google and hurts the page rankings.

As a result, when we began working with Benner’s Gardens, their most desired keywords, “deer fence” and “deer fencing,” were not ranking in the top 100 for Google. By the end of the project, they were both ranking in the Top 5.

At the beginning of the project, the important pages in the site had very little traffic. Almost all the traffic they got was going to their “Wholesale” page. However, they don’t really sell wholesale fencing.

One of our major improvements was moving the traffic to the homepage. This amounted to 63 percent of all traffic. We also moved a significant amount of traffic to their product and informational pages.

When the campaign ended, we had landed them over 180 keywords in the top 10 on Google, with 15 in the number 1 spot.

The SEO improved on the content by auditing it for quality and relevant keywords. Using a new strategy that avoided keyword cannibalization, we achieved high rankings for the content on the site. The client now has many important pages that rank rather than only one irrelevant one.

Several important factors in SEO had been neglected in the previous strategy. We improved the client’s overall strategy for the long term by working toward link building and utilizing competitor research as well as creating content.

While the strategy we used can take some time to show results, the results have staying power and don’t require constant updates. A quick analysis of the statistics below will reveal the steady improvement in the site’s SEO over the course of the year.

The new strategy is one that Benner’s Gardens can build upon. It has depth and quality SEO that works to accumulate users over time. 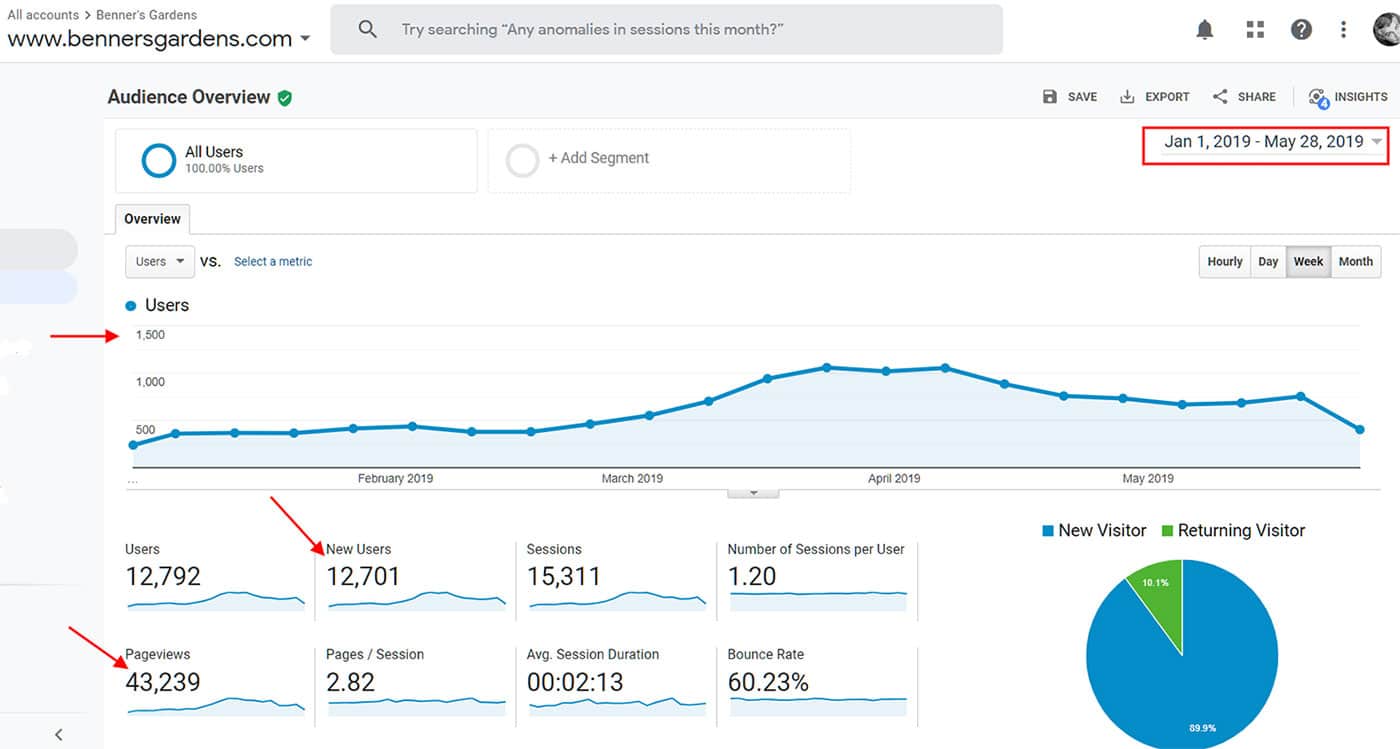 And here are their sales for the ENTIRE YEAR of 2019:

Here are their analytics from January 1 thru May 2020: 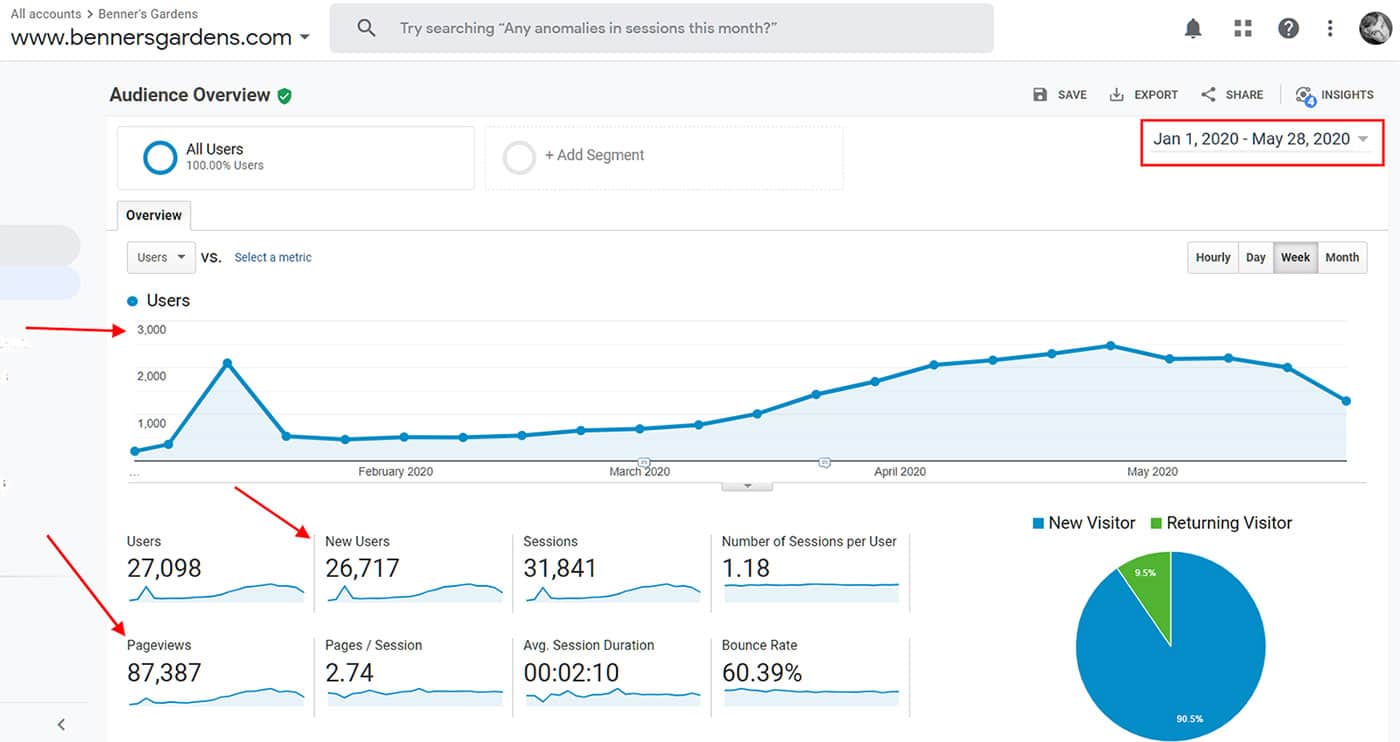